October 26, 2016
The National Library of Wales is the biggest library in Wales with over 6.5 million books and the largest collections of archives, portraits, maps, and photographic images. They are a copyright library so have the right to claim any material printed in the United Kingdom. Meaning they get in about 4,000 pieces of new material a day that needs cataloged and stored. And guess who has a library card for it?! 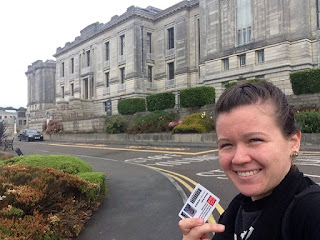 The library is conveniently located in Aberystwyth so is a short walk from campus. I went to a guided tour and welcome session. The guided tour allowed me to go behind the scenes and see some of the storage places full of books, paintings, and maps! Some cool old books that the library possesses are The Black Book of Carmarthen (the earliest manuscript in Welsh which was on display while I was there), White Book of Rhydderch (composite volume that contains some of the earliest stories that were usually told orally), and the Hengwrt Chaucer (folio volume of Canterbury Tales produced by the scribe Adam Pinkhurst). The library also has expeditions on display. Since October 21 was the 50th anniversary of the Aberfan disaster there were memorials and pictures of the event. In 1966, coal miners had accumulated a pile of waste rock from their work which collapsed in a build up of water. The collapse formed a landslide that hit a school, killing 160 children and 28 adults. It was a very moving expedition. There was also an art gallery depicting a forest where a battle had taken place years earlier. The photographer became inspired after reading a poem from one of the soldiers. 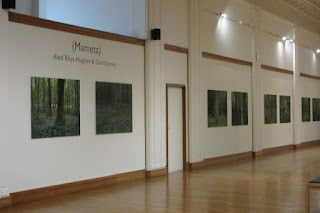 Also on display was the Nanteos cup. A medieval wood bowl that belongs to one of the welsh families near by. It is said to be a candidate for the Holy Grail. Many believed it had special powers to heal so it would be lent out to the sick and they would drink from it. They also chewed on the edges thinking that if they ate some of it, it would help even more in healing. All that is left is a small part of the bowl. 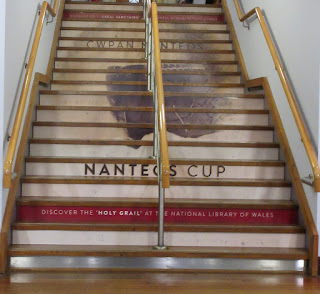 During the welcome session, I had a half hour presentation to inform me of what I can now do with my reader's card. I have access to the reading rooms and can read books there. They do not lend out books and you have to request a book where someone else will go get the book for you and then you can read it.

Posted by RebeccaSmith at 9:22 AM

RebeccaSmith
My name is Rebecca Smith. I am a college student about to embark on my first study abroad trip. I will be spending a semester in Wales studying at Aberystwyth University. My goal for this blog is to share my experiences, thoughts, and opinions of my travels for others to enjoy.